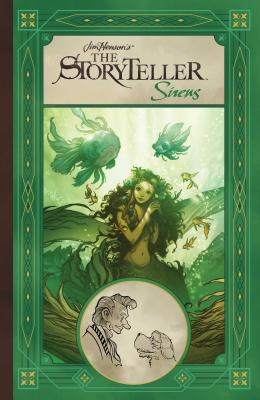 A collection of stories of sirens and mermaids, inspired by folklore from around the world and told in the spirit of Jim Henson’s beloved television series.

It’s not the stories you tell, but how they are told. The critically acclaimed Jim Henson’s The Storyteller: Sirens showcases four alluring tales of mermaids and the sea, inspired by folklore from around the world and told in the spirit of Jim Henson’s beloved television series.

Featuring beautiful stories told by some of today’s most exciting voices, including Jakub Rebelka (Judas) with Sztybor Bartosz, Chan Chau (Elements), Sarah Webb (Jim Henson’s Labyrinth: Under the Spell), and Aud Koch (The Wicked + The Divine), this stunning hardcover edition also includes an exclusive behind-the-scenes look at the process and care taken in adapting each of the these timeless tales.