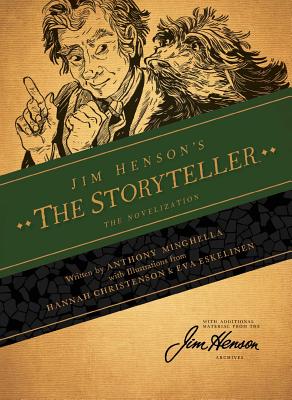 The official novelization of Jim Henson’s Emmy Award-winning television series along with a behind-the-scenes look at the show’s production from the Jim Henson Archives.

James Maury "Jim" Henson was an American puppeteer, artist, cartoonist, Imagineer, inventor, screenwriter, film director and producer, best known as the creator of The Muppets. As a puppeteer, Henson performed in various television programs, such as Sesame Street and The Muppet Show, films such as The Muppet Movie and The Great Muppet Caper, and created advanced puppets for projects like Fraggle Rock, The Dark Crystal, and Labyrinth. He was also an Academy Award-nominated film director (for his short film Time Piece), Emmy Award-winning television producer, and the founder of The Jim Henson Company, the Jim Henson Foundation, and Jim Henson's Creature Shop.
Loading...
or
Not Currently Available for Direct Purchase