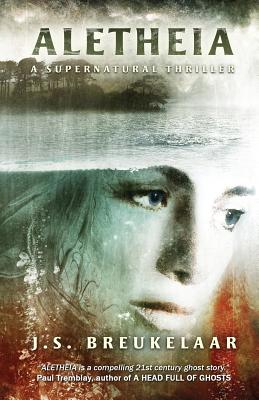 Deep below the island, something monstrous lies waiting for Thettie, and it knows her name.

"Family and small town desires and secrets simmer in J. S. Breukelaar's melancholy and affecting mix of literary, noir, and horror by the lake. ALETHEIA is a compelling 21st century ghost story. Don't lose your Gila monster "--Paul Tremblay, author of A Head Full of Ghosts and Disappearance at Devil's Rock.

The remote lake town of Little Ridge has a memory problem. There is an island out on the lake somewhere, but no one can remember exactly where it is--and what it has to do with the disappearance of the eccentric Frankie Harpur or the seven-year-old son of a local artist, Lee Montour.

When Thettie Harpur brings her family home to find Frankie, she faces opposition from all sides--including from the clan leader himself, the psychotic Doc Murphy.

Lee, her one true ally in grief and love, might not be enough to help take on her worst nightmare. The lake itself.

A tale of that most human of monsters--memory--Aletheia is part ghost story, part love story, a novel about the damage done, and the damage yet to come. About terror itself. Not only for what lies ahead, but also for what we think we have left behind.

Brought to you by Crystal Lake Publishing--Tales from the Darkest Depths.

Interview with the Author:

So what makes this Supernatural Thriller so special?

J.S. Breukelaar: Aletheia is a horror suspense thriller based on the idea of not being able to go home again. What makes it a little bit different is that something quite shocking happens about half-way through that sends the story in a terrifyingly unexpected direction. The second half of the novel was emotionally draining to write in a way that I haven't experienced before, and I hope some of that gets imparted to the reader.

Who is your favorite character and why?

J.S. Breukelaar: I always get very involved with my characters, and live through them each in their own way. There is a little bit of me in Lee, Thettie, Archy and Grif, and even Doc, but also Vernon. Animals tend to be central to my stories, and this time it's a Gila monster called Vernon, who gets caught up in scientific experiments gone wrong, tragic personal histories, human evil, and supernatural forces unleashed by a horrifyingly sentient lake. I love reptiles, especially lizards, and not in a cuddly way, but the same way I love the ocean--I'm scared of it, too-- and Gila monsters are among the most beautiful and reluctantly deadly of them all.

Why should readers give this literary fiction novel a try?

J.S. Breukelaar: Readers will like Aletheia if they like dark fiction with elements of noir and horror, and if they get what it is to feel homesick, even when they're home.