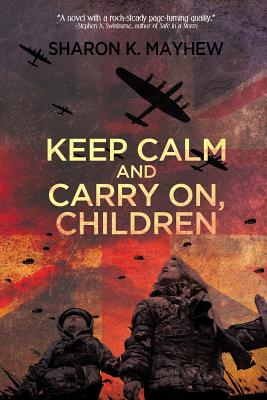 Keep Calm and Carry On, Children

"A courageous journey of survival and loyalty through the eyes of children during WWII." -S.A. Larsen, author of Motley Education

Eleven-year-old Joyce and her little sister hide in their bomb shelter during the German Blitz on London, during World War II. After nights of bombing, it's decided that they'll join the over 800,000 children who've already been evacuated during Operation Pied Piper. They board a train not knowing where they're going or who will take them in.

The long, crowded train ride is less than pleasant. Thankfully they make two allies, Sam and Molly. Upon arriving in Leek, the evacuees are herded off the train and paraded down the street like sheep. Joyce and her sister are terrified they won't be chosen.

Eventually, a family welcomes them. As they adjust to all the changes, they find the people of Leek aren't so accepting to all the evacuees. Sam's host is dark and abusive. As the girls help plan his escape, they discover this sleepy little community holds a dark secret...