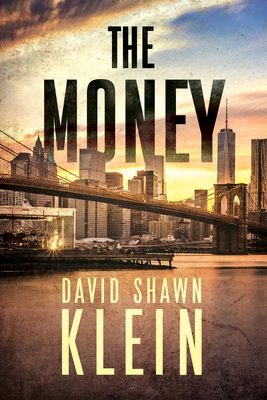 Henry Krakow, loving husband, devoted dad, and lawyer to the down-and-out fights for his family through an underworld of vicious mobsters and corrupt power brokers conspiring to steal millions of dollars meant for rebuilding Coney Island in the aftermath of Hurricane Sandy-a conspiracy that ultimately forces Henry to confront the legacy of his legendary father.

Henry's friend, Abdul (Shatterproof) Rahman is a struggling boxer and single father. Henry loves Abdul's kids, Rafe and Kendra, almost as much as Abdul does. When Abdul's license to box is threatened by a brain bleed, he puts Henry in an impossible situation: get him a CAT Scan of a healthy brain, so he can keep supporting his kids. Henry is in agony-does he buy a black-market Cat Scan and risk his friend's life, or does he refuse, and rob Abdul of his only way of supporting Rafe and Kendra?

Henry's attempt to find a solution goes sideways fast-a dark and violent, but hilarious, descent to the underbelly of law and politics. This is the world of his legendary father, one he had thought he'd escaped forever. But now, to save Abdul's family, and his own, Henry has to face the reckoning he's long avoided.

Fast-paced, brutal, tender and funny, David Shawn Klein's crime thriller, The Money, has been compared to the novels of Walter Mosley, James Patterson, and Raymond Chandler.

Pick up your copy now, and don't miss this debut novel of an up-and-coming writer of edgy noir with a sense of humor.