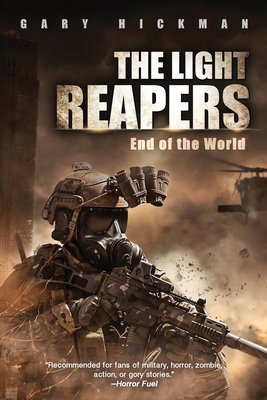 End of the World

"A chilling terrorism thriller tailor-made for fans of I Am Pilgrim and World War Z." -BestThrillers.com

The Light Reapers are a Special Operations Unit who had served numerous campaigns together. They were an expertly trained and elite group, but could they ever prepare for what was to happen next.

Under a shroud of darkness and maliciousness, a viral weapon was being produced by an alliance of terrorists bent on the destruction of their respective enemies. When double-crossed by an ISIS faction, the viral weapon is stolen and prematurely unleashed on the planet.

Now facing a worldwide epidemic, The Light Reapers are deployed to rescue a scientist who may be able to develop an antidote. If that wasn't difficult enough, they also must track down the ISIS faction and eliminate them. All while battling hordes of the infected.