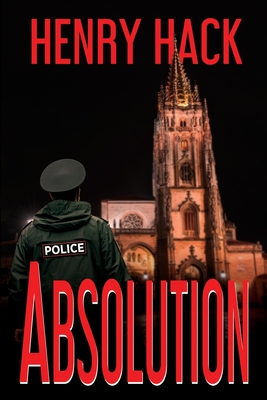 "A must-read crime thriller about an NYPD detective attempting to solve his own parents' murder." -BestThrillers.com

A teenager, Joey "Noonz" Mastronunzio, is forced to participate in a home invasion in Queens leaving a young couple dead and their infant son an orphan.

Although he did not pull the trigger, he is determined to atone for his actions that night by joining the Marines Corps and then joining the seminary after his military service. The baby, Michael Simon, grows up to become an NYPD homicide lieutenant determined to locate and arrest the "guy who got away" from the scene of the murders. When Lieutenant Simon finally discovers the identity of the second perpetrator, he is shocked to learn he has known him most of his life.

What follows is an unlikely alliance between Simon and the Bishop of Brooklyn as they uncover the rampant pedophilia in the Church. Battling threats, intrigue, deception, and murder, the duo comes up against the highest echelons of power in the NYPD and the Church as both institutions desperately seek to keep their records of depravity and coverups from ever being released to the public.