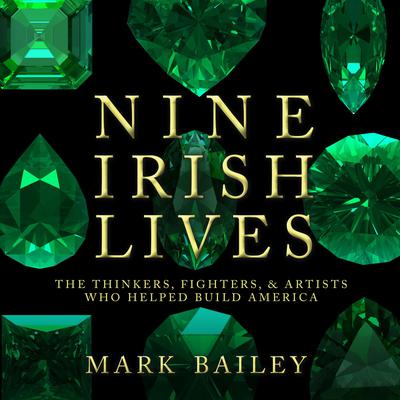 In the spirit of David McCullough's Brave Companions, this anthology of popular American history presents the stories of nine incredible Irish immigrants as written by nine contemporary Irish Americans. Rosie O'Donnell, for instance, the adoptive mother of five, tells the story of Margaret Haughery, known as "Mother of the Orphans"; filmmaker and activist Michael Moore writes about the original muckraking journalist, Samuel McClure; and celebrated actor Pierce Brosnan writes about silent film director Rex Ingram. Some of the figures profiled are well known, others have stories that are less often told; all are inspiring. Compelling history mixed with moving and personal reflection, this collection of portraits is at once uniquely intimate and surprisingly immediate.

More than one in ten Americans claims Irish ancestry and, with its celebrity contributors, Nine Irish Lives will have strong appeal for those listeners. It is also, though, a timely portrait of shared humanity. These are stories about immigrants—and in the tales of revolutionaries and visionaries, caretakers and unsung heroes, Nine Irish Lives reminds us of the values and the people that have shaped America.