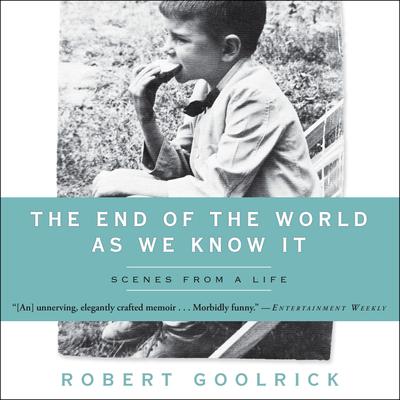 The End of the World as We Know It (Digital Audiobook)

Scenes from a Life

It was the 1950s, a time of calm, a time when all things were new and everything seemed possible. A few years before, a noble war had been won, and now life had returned to normal. For one little boy, however, life had become anything but "normal." To all appearances, he and his family lived an almost idyllic life. The father was a respected professor, the mother a witty and elegant lady, someone everyone loved. They were parents to three bright, smiling children: two boys and a girl. They lived on a sunny street in a small college town nestled neatly in a leafy valley. They gave parties, hosted picnics, went to church—just like their neighbors. To all appearances, their life seemed ideal. But it was, in fact, all appearances. Lineage, tradition, making the right impression—these were matters of great importance, especially to the mother. But behind the facade this family had created lurked secrets so dark, so painful for this one little boy, that his life would never be the same. It is through the eyes of that boy—a grown man now, revisiting that time—that we see this seemingly serene world and watch as it slowly comes completely and irrevocably undone.