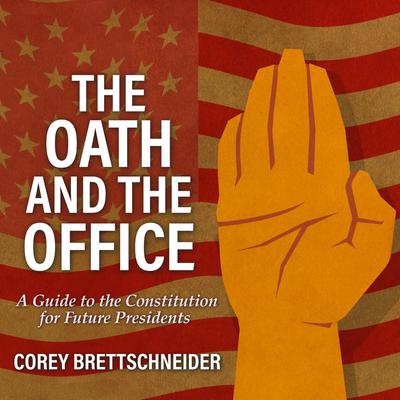 The Oath and the Office (Digital Audiobook)

A Guide to the Constitution for Future Presidents

Can the president launch a nuclear attack without congressional approval? Is it ever a crime to criticize the president? Can states legally resist a president's executive order? Corey Brettschneider takes us on a deep dive into the U.S. Constitution to answer questions that, in our tumultuous era, Americans are asking more than ever before. From the document itself and from history's pivotal court cases, we learn why certain powers were granted to the presidency, how the Bill of Rights limits those powers, and what "we the people" can do to influence the nation's highest public office—including, if need be, removing the person in it. Brettschneider breathes new life into the Constitution's articles and amendments, stressing its key principles and illustrating their relevance to all our lives today. The Oath and the Office empowers readers, voters, and future presidents to read and understand our nation’s founding document.

Corey Brettschneider is a professor of political science at Brown University, where he teaches constitutional law and politics. He also teaches at Fordham Law School. His writing has appeared in Time, Politico, and the New York Times. He lives in New York City.