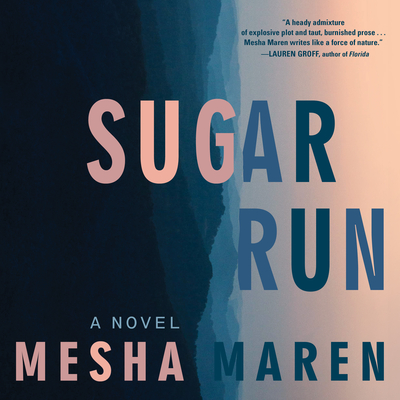 “This is the gritty Southern novel I’ve always wanted. Maren deftly navigates between two periods in time, telling interconnected, muddled love stories and mixing in stunning images of the West Virginia landscape her characters inhabit. She uses the presence of fracking on the family farm as a multifaceted metaphor, demonstrating how easily we fall prey to the type of immediate relief that will eventually destroy and poison us from within. Dark, yes, but so well-developed, timely, and shocking in its delivery that I absolutely could not put this book down.”
— Maggie Fixler, Carmichael's Bookstore, Louisville, KY
View the List

“A 17-year-old girl is sentenced to life in prison due to an unfortunate incident with her girlfriend. Eighteen years later, she finds herself unexpectedly released and faces building a life of freedom in a society that is biased against her. She returns to her ancestral land in West Virginia with a new girlfriend, her girlfriend’s three boys, and the brother of her deceased lover. This Appalachian survival story unfolds with a terse narrative that captures the hopelessness and lawlessness of a world gone fracking mad.”
— Todd Miller, Aradia Bookstore, Flagstaff, AZ
View the List

In 1989, Jodi McCarty is seventeen years old when she's sentenced to life in prison. When she's released eighteen years later, she finds herself at a Greyhound bus stop, reeling from the shock of unexpected freedom but determined to chart a better course for herself. Not yet able to return to her lost home in the Appalachian Mountains, she heads south in search of someone she left behind, as a way of finally making amends. There, she meets and falls in love with Miranda, a troubled young mother living in a motel room with her children. Together they head toward what they hope will be a fresh start. But what do you do with your past-and with a town and a family that refuses to forget, or to change? Set within the charged insularity of rural West Virginia, Mesha Maren's Sugar Run is a searing and gritty debut about making a break for another life, the use and treachery of makeshift families, and how, no matter the distance we think we've traveled from the mistakes we've made, too often we find ourselves standing in precisely the place we began.