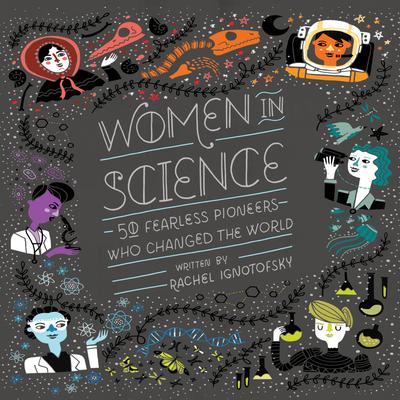 50 Fearless Pioneers Who Changed the World

The New York Times bestseller Women in Science highlights the contributions of fifty notable women to the fields of science, technology, engineering, and mathematics (STEM) from the ancient to the modern world. This fascinating collection contains information about relevant topics such as lab equipment and rates of women currently working in STEM fields. The trailblazing women profiled include well-known figures like primatologist Jane Goodall, as well as lesser-known pioneers such as Katherine Johnson, the African-American physicist and mathematician who calculated the trajectory of the 1969 Apollo 11 mission to the moon.

Women in Science celebrates the achievements of the intrepid women who have paved the way for the next generation of female engineers, biologists, mathematicians, doctors, astronauts, physicists, and more!

A stage and voice actor, Sarah Mollo-Christensen received her BA from Dartmouth College and graduated from the Atlantic Theater Company's Acting Conservatory in New York City. As an actress, she has appeared on prestigious regional stages, including the Folger Shakespeare Theatre in Washington D.C. Sarah enjoys finding the humor and depth in the stories she narrates, and according to AudioFile magazine, "hits the awkward moments and the sweet with equal sensitivity." In addition to audiobooks, her narration can be heard on several episodes of public radio's This American Life.