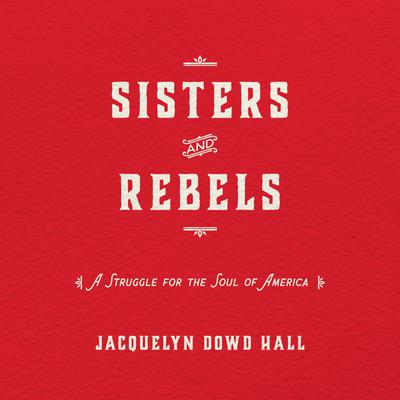 Descendants of a prominent slaveholding family, Elizabeth, Grace, and Katharine Lumpkin grew up in a culture of white supremacy. But while Elizabeth remained a lifelong believer, her younger sisters chose vastly different lives. Seeking their fortunes in the North, Grace and Katharine reinvented themselves as radical thinkers whose literary works and organizing efforts brought the nation's attention to issues of region, race, and labor.

In Sisters and Rebels, National Humanities Award–winning historian Jacquelyn Dowd Hall follows the divergent paths of the Lumpkin sisters, who were "estranged and yet forever entangled" by their mutual obsession with the South. Tracing the wounds and unsung victories of the past through to the contemporary moment, Hall revives a buried tradition of Southern expatriation and progressivism; explores the lost, revolutionary zeal of the early twentieth century; and muses on the fraught ties of sisterhood.

Grounded in decades of research, the family's private papers, and interviews with Katharine and Grace, Sisters and Rebels unfolds an epic narrative of American history through the lives and works of three Southern women.

Karen White has been narrating audiobooks since 1999, with more than two hundred to her credit. Honored to be included in AudioFile's Best Voices and Speaking of Audiobooks's Best Romance Audio 2012 and 2013, she is also an Audie Award finalist and has earned multiple AudioFile Earphones Awards and Library Journal starred reviews. She currently lives with her family in Wilmington, North Carolina.

Publishers Weekly says of Karen's narration of Nothing to Envy by Barbara Demick, "Karen White delivers a stunning reading, her character interpretations are confident and well-rounded, and she forges a strong bond with the audience."

Speaking of Audiobooks says, "Karen is one of my auto-buy narrators-if I think a book may interest me, her narration will sway me to give it a try."