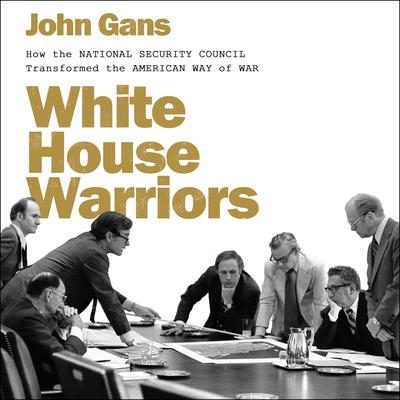 How the National Security Council Transformed the American Way of War

When Congress originally created the National Security Council in 1947, it was intended to better coordinate foreign policy after World War II. Nearly an afterthought, a small administrative staff was established to help keep its papers moving. President Kennedy was, as John Gans documents, the first to make what became known as the NSC staff his own, selectively hiring bright young aides to do his bidding.

Despite Kennedy's death and the tragic outcome of some of his decisions, the NSC staff endured. President Richard Nixon handed the staff's reigns solely to Henry Kissinger, who micromanaged its work on Vietnam. In the 1980s, President Ronald Reagan's NSC was cast into turmoil by overreaching staff members who, led by Oliver North, nearly brought down a presidency in the Iran-Contra scandal. Later, when President George W. Bush's administration was bitterly divided by the Iraq War, his NSC staff stepped forward to write a plan for the Surge in Iraq.

Gans demonstrates that knowing the NSC staff's history is the only way to truly understand American foreign policy. As this essential account builds to the swift removals of advisors General Michael Flynn and Steve Bannon in 2017, we see the staff's influence in President Donald Trump's still chaotic administration and come to understand the role it might play in its aftermath.

David Marantz is an actor living in New York City. He has narrated eighty-five-plus titles since his first in 2011. He won an AudioFile Earphones Award for The Mind Club by Daniel M. Wegner and Kurt Gray, and was nominated for an Audie Award for his contribution to the short story collection Rip-Off! As an actor he has worked on stage, film, and television. Summers often find him performing Shakespeare for Shakespeare in the Parking Lot on New York's Lower East Side and also in Bryant Park behind the New York Public Library. He is a member of SAG-AFTRA.