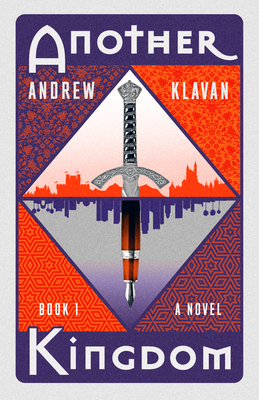 "What was this place? Was I crazy? Or was I crazy before, back in L.A.? Was my real life some sort of dream? Was this hell reality?"

Austin Lively is a struggling, disillusioned screenwriter whose life is suddenly changed forever when he opens a door and is unwittingly transported to a fantastical medieval realm. Austin finds himself wielding a bloody dagger while standing over a very beautiful and very dead woman. Bewildered and confused, he is seized by castle guards and thrown in a dungeon. Just when he begins to fear the worst, he is suddenly transported back to reality in LA.

Did that really just happened? Has he gone insane? Was it all a dream? Did he have a brain tumor? Desperate for answers, he sets out to find them and discovers that the mystery can only be unlocked by a strange piece of fiction that holds the truth about the magical kingdom. But he isn't the only person searching for the missing manuscript, and his rivals will stop at nothing to get it first. To complicate matters more, Austin soon discovers that he has no control over when he passes between worlds and finds himself out of trust for even the simple things, like walking through doorways.

Stuck between dual realities -charged for a murder he doesn't recall in one and running from a maniacal billionaire who's determined to kill him in another- Austin's monotonous life has become an epic adventure of magic, murder, and political intrigue in both the New Republic of Galiana and the streets of Los Angeles California.