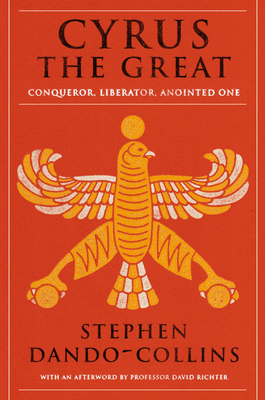 Cyrus the Great was a brilliant general who founded the Persian Empire, greatest empire of its day. He was also the king who freed the Jews from exile at Babylon and allowed them to return to Jerusalem, with the Bible describing him as the only non Jew "anointed by god." Cyrus influenced the US Bill of Rights, and is the biblical figure to whom US President Donald Trump has been favorably compared by Christian evangelicals and the Prime Minister of Israel.

In this first ever modern biography of Cyrus, noted historical biographer and author of 43 books Stephen Dando-Collins describes Cyrus' fraught youth, his rise to power via rebellion, his dashing military campaigns that destroyed the Median, Lydian and Babylonian empires, and his uniquely magnanimous reign.

With his usual depth of research and highly readable narrative Dando-Collins cuts through myth and folklore to deliver a fascinating account of a fascinating life.