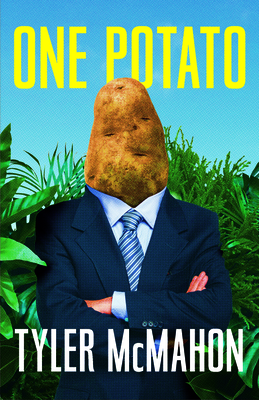 Eddie Morales finds his lowly R&D life completely upended when his Boise-based biotech firm dispatches him to Puerto Malogrado, a tiny but tumultuous country in South America where the international media is accusing their experimental potatoes of causing a bizarre medical crisis.

Eddie unwillingly arrives in South America only to find his plans for a quick resolution thwarted when he gets caught between the two sides of an impending revolution, each hoping to capitalize on the potato scandal in order to seize power.

Eddie stumbles into a conspiracy that reveals just how far his company will go to advance its potato empire. He is forced to make a choice: what--and who--will he sacrifice to preserve his own future in this brave new world of biotechnology?

Darkly funny and compassionately rendered, One Potato charts the crooked line between nature and technology and takes a deep look into a future shaped by disasters both natural and devastatingly man-made.