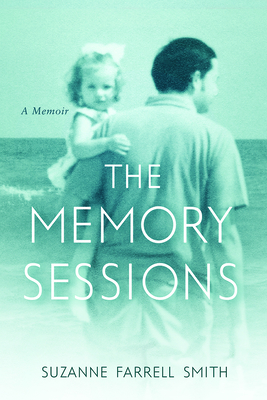 Suzanne Farrell Smith’s father was killed by a drunk driver when she was six, and a devastating fire nearly destroyed her house when she was eight. She remembers those two—and only those two—events from her first nearly twelve years of life. While her three older sisters hold on to rich and rewarding memories of their father, Smith recalls nothing of him. Her entire childhood was, seemingly, erased. In The Memory Sessions, Smith attempts to excavate lost childhood memories. She puts herself through multiple therapies and exercises, including psychotherapy, hypnotherapy, somatic experiencing, and acupuncture. She digs for clues in her mother’s long-stored boxes. She creates—with objects, photographs, and captions—a physical timeline to compensate for the one that’s missing in her memory. She travels to San Diego, where her family vacationed with her father right before he died. She researches, interviews, and meditates, all while facing down the two traumatic memories that defined her early life. The result is an experimental memoir that upends our understanding of the genre. Rather than recount a childhood, The Memory Sessions attempts to create one from research, archives, imagination, and the memories of others.


Praise For The Memory Sessions…

"The Memory Sessions is a beautiful, haunting, lyrical memoir that will prompt readers to consider their own memories in new, startling, and important ways. Not only is Suzanne Farrell Smith a masterful storyteller, she is wise and brave, as is this book."
— Connie May Fowler

"Suzanne Farrell Smith’s debut memoir triumphs over a seemingly insurmountable challenge: psychological awakening from years of traumatic erasure. 'I aim for a cloud,' she explains, trying to center herself, 'which is nothing, which has no beginning, no history, no end, no form.' And yet, from her amorphous journeys she miraculously creates the solidity of wisdom. Lovingly researched and exquisitely crafted, her reflections fall upon the reader like dazzling sunshowers from nearly cloudless skies."
— Sascha Feinstein

"From its electrifying, heartbreaking opening sentence, Suzanne Farrell Smith’s memoir is a meticulous, brave, beautifully rendered attempt to retrieve a forgotten past. That she achieves a kind of closure, despite overwhelming impediments, is a testament to her will, and to her artistry."
— Robert Leonard Reid

SUZANNE FARRELL SMITH teaches writing and literacy education courses in Connecticut. She has been published in numerous literary and scholarly journals.
Loading...
or
Not Currently Available for Direct Purchase