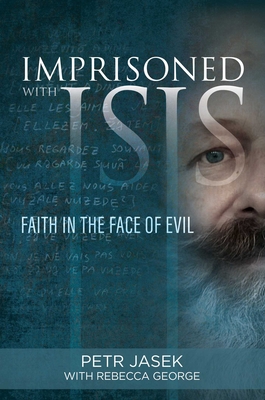 Faith in the Face of Evil

It Was Supposed to be a Four-Day Visit

It turned into a 445-day imprisonment. And if God had not intervened, he would have been there for the rest of his life.

In December 2015, Petr Jasek traveled to Khartoum, Sudan, to evaluate how The Voice of the Martyrs—a ministry he had served with since 2002—could help and encourage persecuted Sudanese Christians.

Pleased with his meetings with local pastors and other Christians, Petr checked in for his flight home to the Czech Republic. But before he could board the plane, he was summoned for questioning by Sudanese security agents. They wanted to know more about his activities in the country—activities that, if disclosed, could endanger the Christians with whom he had met.

Petr soon realized he was facing much more than a routine security screening. The guards took his computer, phone, and camera before quickly discovering his second passport. Later, his interrogators showed him photos of each meeting he had arranged during his four days in Sudan; he had been under surveillance from the moment he arrived.

Taken into custody, Petr knew he would not be returning to his family anytime soon. Charged with espionage, waging war against the state, and undermining the constitution, he was locked up with ISIS fighters, convicted after a lengthy trial, and sentenced to life in prison. Now Petr shares the harrowing but inspiring story of how God sustained his strength and courage while giving him a new purpose during his ordeal—and then opened the prison doors and set him free.

PETR JASEK, the son of a pastor who was persecuted in Communist Czechoslovakia, was well-equipped to join The Voice of the Martyrs (VOM) in 2002 to aid and assist persecuted Christians in hostile areas and restricted nations. Today, Petr serves as VOM’s global ambassador, speaking about his imprisonment in Sudan and encouraging believers to stand with our persecuted brothers and sisters in prayer and action. Learn more about him at petrjasek.com.
Loading...
or support indie stores by buying on