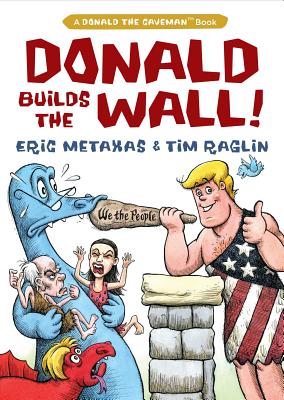 After Donald the Caveman drained the Swamp and the greedy Swamp Creatures fled, the cave people were free! So all kinds of great things began to happen. They invented fire and the wheel — and their economy was booming!

Soon folks from other kingdoms began arriving to join the winning experiment in liberty! Most were freedom-loving, but some only caused trouble. And then the awful Swamp Creatures decided to put together a caravan of troublemakers to come back and take over the country! What should the free people do? Donald knew the answer…