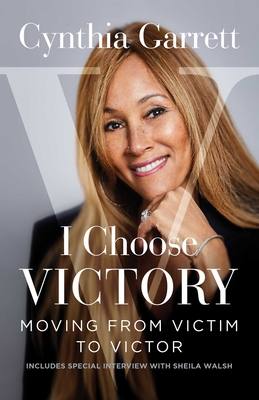 Moving from Victim to Victor

How does one rise above negative circumstances to win at life? How do you break strongholds? Author Cynthia Garrett peppers a wealth of practical advice with anecdotes from her riches-to-rags-to-riches testimony as she walks readers through their personal, spiritual, and political war zones into the victory God promises all believers.

Cynthia Garrett began her television career on VH1 before going on to host LATER w/Cynthia Garrett on NBC, making her the first African American woman ever to host a network late night show. Now the executive producer, creator, and host of The London Sessions and The Sessions with Cynthia Garrett, she brings us the first faith-based women's talk shows. Not just the first of their kind, but the number one faith-based talk-show internationally. Her half-hour series is among the highest-rated women's shows on Christian TV around the globe. Cynthia reaches millions of people on four continents with what she calls “not just another talk show, but a WALK show,” teaching women around the globe how to live victoriously guided by their faith.
or
Pre-Order Now
Copyright © 2020 American Booksellers Association