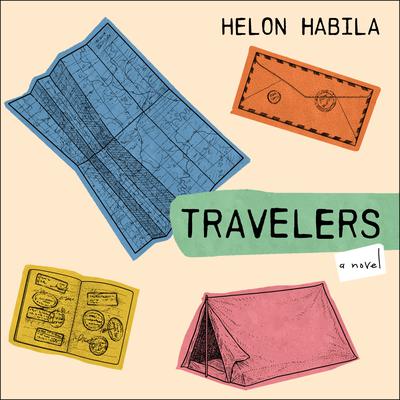 A startlingly imaginative exploration of the African diaspora in Europe, by one of our most acclaimed international writers.

A Nigerian graduate student who has made his home in America knows what it means to strike out for new shores. When his wife proposes that he accompany her to Berlin, where she has been awarded a prestigious arts fellowship, he has his reservations: "I knew every departure is a death, every return a rebirth. Most changes happen unplanned, and they always leave a scar."

In Berlin, Habila's central character finds himself thrown into contact with a community of African immigrants and refugees whose lives previously seemed distant from his own, but to which he is increasingly drawn. The walls between his privileged, secure existence and the stories of these other Africans on the move soon crumble, and his sense of identity begins to dissolve as he finds that he can no longer separate himself from others' horrors, or from Africa.

A lean, expansive, heart-rending exploration of loss and of connection, Travelers inscribes unforgettable signposts—both unsettling and luminous—marking the universal journey in pursuit of love and home.

Mirron Willis has narrated over 200 audiobooks across various literary genres and has won several Earphone Awards for Excellence and is an Audie Award finalist and winner. Notable works include Ginny Gall by Charlie Smith, The Smokey Dalton Series by Kris Nelscott; My Song: A Memoir by Harry Belafonte; The Long Fall (Booklist, Best of 2009) and others by Walter Mosley; Uncle Tom's Cabin, Elijah of Buxton, The Translator; and Souls of Black Folk by W. E. B Dubois.

In three seasons at the Ensemble Theatre (Houston, Texas), Mirron appeared as JP in What I Learned in Paris, Malcolm X in The Meeting, Henry in Race, and as Countee Cullen in Knock Me a Kiss (2013 Giorgee Award for Best Leading Actor). Other roles include Twelfth Night, Much Ado About Nothing, Henry VI Parts 2 & 3, and A Raisin in the Sun with the world-renowned Oregon Shakespeare Festival. He has also performed as guest narrator with the Houston Symphony.
Film and TV guest appearances include Criminal Minds, Private Practice, The Exes, Monk, 24, Seinfeld, Cheers, The Parkers, Living Single, E.R., Star Trek, and Independence Day, among others. Mirron resides and records audiobooks on his family's historic ranch in East Texas.