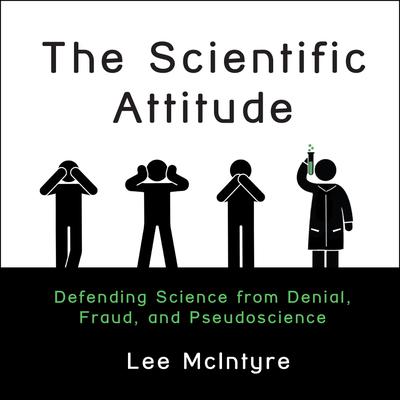 Attacks on science have become commonplace. Claims that climate change isn't settled science, that evolution is “only a theory,” and that scientists are conspiring to keep the truth about vaccines from the public are staples of some politicians' rhetorical repertoire. Defenders of science often point to its discoveries (penicillin! relativity!) without explaining exactly why scientific claims are superior. In this book, Lee McIntyre argues that what distinguishes science from its rivals is what he calls "the scientific attitude"—caring about evidence and being willing to change theories on the basis of new evidence. The history of science is littered with theories that were scientific but turned out to be wrong; the scientific attitude reveals why even a failed theory can help us to understand what is special about science.

McIntyre offers examples that illustrate both scientific success and failure. He describes the transformation of medicine from a practice based largely on hunches into a science based on evidence; considers scientific fraud; examines the positions of ideology-driven denialists, pseudoscientists, and "skeptics" who reject scientific findings; and argues that social science, no less than natural science, should embrace the scientific attitude.

Mike Chamberlain is an actor and voice-over performer, as well as an AudioFile Earphones Award-winning audiobook narrator. Along with animation and video game characters, Mike performs narration and voices promos for television. He lives with his wife and daughter in Southern California.