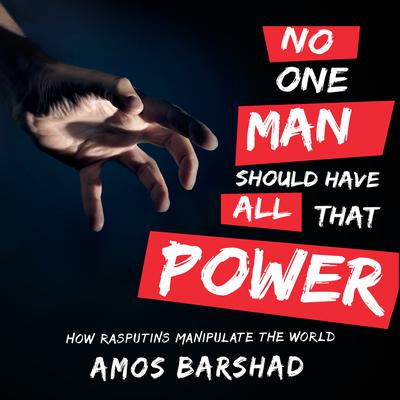 No One Man Should Have All That Power (Digital Audiobook)

An exploration of infamous, controversial figures and how they exert control

Amos Barshad has long been fascinated by the powerful. But not by elected officials or natural leaders—he's interested in their scheming advisors, the dark figures who wield power in the shadows. And, as Barshad shows in No One Man Should Have All That Power, the natural habitat of these manipulators is not only political backrooms. It's anywhere power dynamics exist—from Hollywood to drug cartels, from recording studios to the NFL.

In this wildly entertaining, wide-ranging, and insightful exploration of the phenomenon, Barshad takes listeners into the lives of more than a dozen of these notorious figures, starting with Grigori Rasputin. An almost mythical Russian mystic, Rasputin drank, danced, and healed his way into a position of power behind the last of the tsars. But not every one of these figures rose to power through lechery or magical cures. Barshad explores how they got there, how they wielded control, what led to their downfall or staved it off, and what lessons we can take from them, including how to spot Rasputins in the wild.