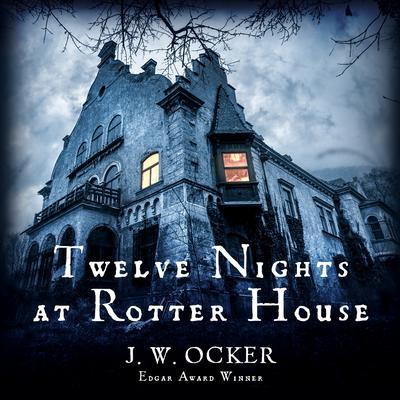 Felix Allsey is a travel writer with a keen eye for the paranormal, and he's carved out a unique, if only slightly lucrative, niche for himself in nonfiction; he writes travelogues of the country's most haunted places, after haunting them himself.

When he convinces the owner of the infamous Rotterdam Mansion to let him stay on the premises for two weeks, he believes he's finally found the location that will bring him a bestseller. As with his other gigs, he sets rules for himself: no leaving the house for any reason, refrain from outside contact, and sleep during the day.

When Thomas Ruth, Felix's oldest friend and fellow horror film obsessive, joins him on the project, the two dance around a recent and unspeakably painful rough-patch in their friendship, but eventually fall into their old rhythms of dark humor and movie trivia. That's when things start going wrong: screams from upstairs, figures in the thresholds, and more than what should be in any basement. Felix realizes the book he's writing, and his very state of mind, is tilting from nonfiction into all out horror, and the shocking climax answers a question that's been staring these men in the face all along: In Rotter House, who's haunting who?