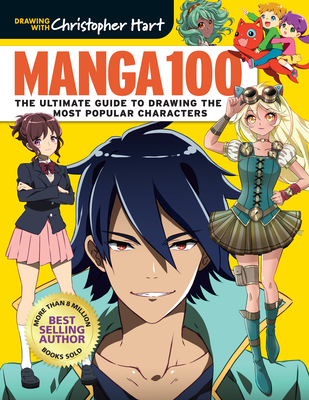 The Ultimate Guide to Drawing the Most Popular Characters

With more than eight million copies of his books in print, Christopher Hart is the world's leading author of art instruction books. His titles frequently appear on the Bookscan Top 50 Art list. They also have a huge international audience, having been translated into more than 20 languages. In his more than 50 titles, he offers artists accessible, generously illustrated, and clearly written step-by-step instruction on a wide variety of how-to-draw subjects, including manga, figure drawing, cartooning, comics, fashion, and animals. Visit him at christopherhartbooks.com.
Loading...
or support indie stores by buying on