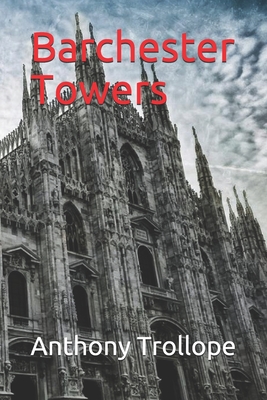 Barchester Towers is the second in the Barsetshire Chronicles and a direct sequel to The Warden(1). It expands the focus to the clergy of the entire town and features Trollope at his gossipy best.The focus is still on the church and on church reform. The old bishop has died, and all of Barchester is wondering who will be appointed to replace him, and what will the replacement do about their cherished forms of worship and traditions? The new bishop will also appoint the next Warden of Hiram's Hospital, which also has the town's full attention. As with The Warden, there is a romantic subplot: Eleanor's husband has died, leaving her a very rich widow. Although she is not thinking of remarriage, a number of her neighbors think she should be, and among them are two fortune hunters.Trollope is at very gossipy throughout Barchester Towers. As narrator, he steps in to talk about the characters, commenting on whether and why he likes them. As author, he breaks in periodically to talk about the process of writing. At one point, he steps in to reassure the reader about an upcoming matter, adding that he "ventures to reprobate that system which goes so far to violate all proper confidence between the author and his readers, by maintaining nearly to the end of the third volume a mystery as to the fate of their terrible personage. ... And what can be the worth of that solicitude which a peep into the third volume can utterly dissipate?" " Now, too, the reader is safe from "the ill-considered triumph of a previous reader" who gives away the end. This narrator is one of the pleasures of the book.As with The Warden, one of Trollope's strengths is that he has some sympathy for all the players and their varying points of view. Slope and Mrs. Proudie are the least likeable of the newcomers, and even they have moments of sympathy (not many for Slope, I admit). The world of Barchester thus seems more alive and fully rounded.One caveat: Trollope is a mainstream, nineteenth century author. The gender politics in the book reflect this. I liked both Eleanor and Madeline, but neither deviates far from their types. Eleanor is the gentle housekeeper, Madeline the destructive seductress. Each has enough individuality to keep her interesting, but don't read this expecting twenty-first century viewpoints. You will also have to be willing to enjoy a much slower-paced novel.A note on editions: I alternated between the Oxford World's Classics copy, which has a good, useful set of endnotes and the Librivox recording, which has their usual multitude of readers. For those of you with ereaders, Project Gutenberg has the book in several formats.
or
Buy Here
Copyright © 2020 American Booksellers Association