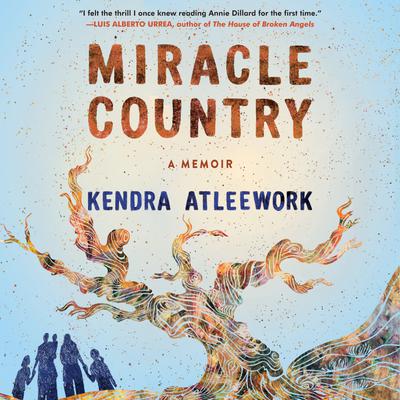 “Miracle Country is one of those books that takes on the personality of the place in which it's set, and in the case of the Owens River Valley, that personality is starkly beautiful and full of rugged vitality. Atleework's unflinching combination of personal and natural exploration is the perfect complement to the backdrop of the High Sierra, and she somehow manages to encapsulate both the allure and the contemptuousness of the mountains and existence in general through her examination of her own life. Harsh and brutal, resplendent and inviting, this book makes the Sierra Nevada tangible in a way that only great writing can.”
— David Nurick, Cellar Door Books, Riverside, CA
View the List

Kendra Atleework grew up in Swall Meadows, in the Owens Valley of the Eastern Sierra Nevada, where annual rainfall averages five inches and in drought years measures closer to zero.

Kendra's family raised their children to thrive in this harsh landscape, forever at the mercy of wildfires, blizzards, and gale-force winds. Most of all, the Atleework children were raised on unconditional love and delight in the natural world. But it came at a price. When Kendra was six, her mother was diagnosed with a rare autoimmune disease, and she died when Kendra was sixteen. Her family fell apart, even as her father tried to keep them together. Kendra took flight from her bereft family, escaping to the enemy city of Los Angeles, and then Minneapolis, land of all trees, no deserts, no droughts, full lakes, water everywhere you look.

But after years of avoiding the pain of her hometown, she realized that she had to go back, that the desert was the only place she could live. Like Wild, Miracle Country is a story of flight and return, bounty and emptiness, and the true meaning of home. But it also speaks to the ravages of climate change and its permanent destruction of the way of life in one particular town.