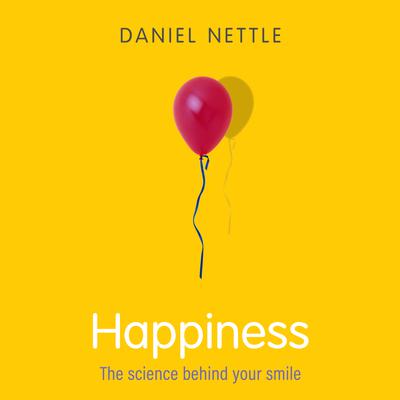 The Science behind Your Smile

Bringing together the latest insights from psychiatry, psychology, and philosophy, Daniel Nettle sheds light on happiness, the most basic of human desires. Nettle examines whether people are basically happy or unhappy, whether success can make us happy, what sort of remedies to unhappiness work, why some people are happier than others, and much more.

The book is packed with fascinating observations. We discover the evolutionary reason why negative thoughts are more powerful than positive ones. We find that happiness varies from country to country, for example, the Swiss are much more happy than Bulgarians. And we learn that, in a poll among people aged forty-two years old—peak mid-life crisis time—more than half rated their happiness an 8, 9, or 10 out of 10, and 90% rated it above 5. Nettle, a psychologist, is particularly insightful in discussing the brain systems underlying emotions and moods, ranging from serotonin, to mood enhancing drugs such as D-fenfluramine, which reduces negative thinking in less than an hour; to the part of the brain that, when electrically stimulated, provides feelings of benevolent calm and even euphoria. In the end, Nettle suggests that we would all probably be happier by trading income or material goods for time with people or hobbies, though most people do not do so.

Matthew Waterson was born in Los Angeles and grew up in Britain. After finishing his BA at Tufts University in Boston, graduate study at LAMDA in London, and eight years in New York, he returned to LA. He has been fortunate enough to narrate books on subjects as varied as the history of South Africa, the current state of FIFA, and mysteries and dramas. He can also be heard on many video games, the Netflix series Trollhunters, and on the radio for companies such as Twinings Tea and Frank's Red Hot Sauce.