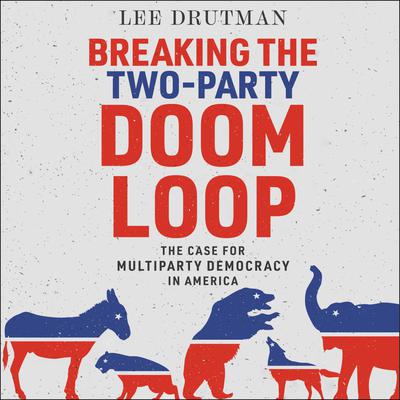 The Case for Multiparty Democracy in America

American democracy is at an impasse. After years of zero-sum partisan trench warfare, our political institutions are deteriorating. Our norms are collapsing. Democrats and Republicans no longer merely argue; they cut off contact with each other. In short, the two-party system is breaking our democracy, and driving us all crazy.

Deftly weaving together history, democratic theory, and cutting-edge political science research, Lee Drutman tells the story of how American politics became so toxic, why the country is trapped in a doom loop of escalating two-party warfare, and why it is destroying the shared sense of fairness and legitimacy on which democracy depends. He argues that the only way out is to have more partisanship—more parties, to short-circuit the zero-sum nature of binary partisan conflict.

Christopher Grove is an award-winning, veteran actor and narrator based in Los Angeles. He guest-stars on top network TV shows (recurring on Season 2 of David Fincher's
Mindhunter, How To Get Away With Murder, Pretty Little Liars, Revenge,
Scandal, Masters of Sex, Justified, Agent Carter, and more). He has performed at major theaters around the country, including the Mark Taper Forum and the Public Theater.

Chris has lived and worked in London, Toronto, New York, Los Angeles, and some of the places in between. He's the son of a college professor and World War II veteran and of a social worker. He has degrees from the University of Toronto (history and political science) and the University of Southern California (print journalism), where he graduated in the top of his class.