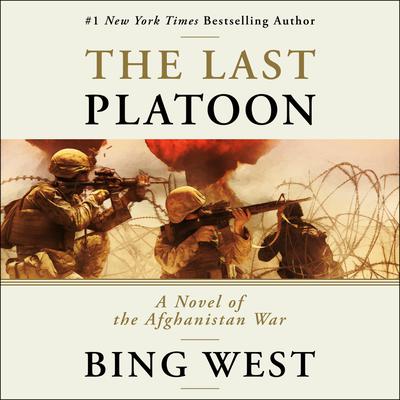 A Novel of the Afghanistan War

A platoon of Marines and CIA operatives clash in a fight to the death with the drug lords and the Taliban, while in Washington, the president seeks a way out.

This authentic war story vividly displays how a warrior must replenish his own moral courage and not allow ambition to coarsen his sense of decency.

The Last Platoon explores firefights expertly told by a combat veteran. Listeners will feel like they have entered a strange, alien world as they hear, in great detail, how the Marines and Taliban clash, circle each other, probe for weakness, and clash again in primordial violence, neither side yielding. While intrigue and deceit play out at the higher levels, in Afghanistan's bright poppy fields only the killing instinct will decide the winner.

Stephen Graybill was recently in HBO's Big Little Lies, opposite Shailene Woodley, Reese Witherspoon, and Nicole Kidman; in Framed, opposite Jordi Vilasuso; in the second season of Game Shakers; and opposite Denise Richards in the feature film Altitude. He has been seen in HBO's The Wire, Law & Order: SVU, Law & Order, Six Degrees, All My Children, As The World Turns, and The Girl's Guide to Depravity. On stage he's appeared with Primary Stages, Drama Dept, NY Theater Workshop, F*It Club (world premieres by Kate Gersten, Mark Schultz, Lucy Boyle, and Nick Jones), Studio 42, Shakespeare Theatre DC, and Woodshed Collective in their acclaimed immersive theater production of The Tenant.

He has worked on over fifty audiobooks, was awarded the Readers Choice Award of "Narrator of the Year," and his narrations have fans saying he's "even better than reading the story." He won a Gold Clio Award and a Silver Effie for his work in the award-winning commercial in Vaseline lotion's "Sea of Skin" Campaign (BBH), and his work in promos has included Brian Williams's NBC Nightly News with Edward Snowden.

Stephen has produced and written a number of films independently: LA Awake directed by Spencer Grammer and starring Natalie Dreyfuss, On The Hook, Spring Training, and Easter Island. He's written a number of biopics, on topics ranging from Edgar Allan Poe to World War II. He has founded, developed, and financed the producer of a number of other projects as well.