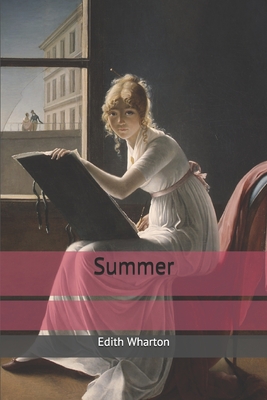 Summer, Edith Wharton wrote to Gaillard Lapsley, "is known to its author and her familars as the Hot Ethan." One of the first American novels to deal frankly with a young woman's sexual awakening, it was a publishing sensation when it appeared in 1917, praised by Joseph Conrad, Howard Sturgis, and Percy Lubbock, and favorably compared to Madame Bovary. Like its predecessor, Ethan Frome, it is set in the Berkshires, but the season is summer and the story is that of Charity Royall, a New Englander of humble origins - passionate, forthright, and proud - and her torrid affair with Lucius Harney, an artistically inclined young man from the city. A novel that "breaks, or stretches, many conventions of women's romantic love stories and in the process creates a new picture of female sexuality," as Marilyn French writes in her introduction, Summer is "a clamorous and ecstatic affirmation of the joy of sexual love no matter what it costs." Bold in conception, rich in imagery, and provocative by implication, it was one of Edith Wharton's personal favorites, and stands as one of her greatest novelistic achievements.
or
Buy Here
Copyright © 2020 American Booksellers Association