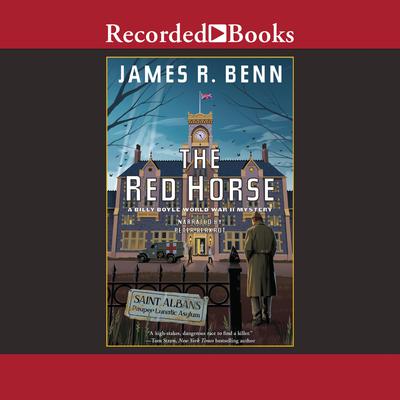 Just days after the Liberation of Paris, U.S. Army detective Billy Boyle and Lieutenant Kazimierz are brought to
Saint Albans Convalescent Hospital in the English countryside. Kaz has been diagnosed with a heart condition, and
Billy is dealing with emotional exhaustion and his recent methamphetamine abuse. Meanwhile, Billy’s love, Diana
Seaton, has been taken to Ravensbrück, the Nazi concentration camp for women, and Kaz’s sister, Angelika, who he
recently learned was alive and working with the Polish Underground, has also been captured and transported to the
same camp.

This news is brought by British Major Cosgrove, whose asks Billy for help, unofficially, in solving what he thinks
was the murder of a British agent recuperating at Saint Albans. The convalescent hospital is really a secret installation
for those in the world of clandestine warfare to recover from wounds, physical and emotional. Some are allowed to
leave; others are deemed security risks and are detained there. When a second body is found, it is evident that a killer is
at work in this high-security enclave. Now Billy must carry out his covert investigation while maintaining his tenuous
recovery, shielding his actions from suspicious hospital authorities, and dodging the unknown murderer.