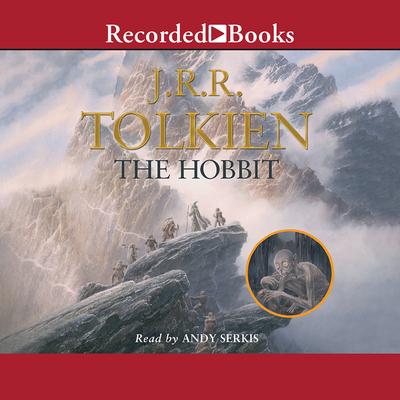 The Hobbit (Lord of the Rings)

"In a hole in the ground, there lived a hobbit." So begins one of the most beloved and delightful tales in the English language. Set in the imaginary world of Middle-earth, at once a classic myth and a modern fairy tale, The Hobbit is one of literature's most enduring and well-loved novels. Like every other hobbit, Bilbo Baggins likes nothing better than a quiet evening in his snug hole in the ground, dining on a sumptuous dinner in front of a fire. But when a wandering wizard captivates him with tales of the unknown, Bilbo becomes restless. Soon he joins the wizard's band of homeless dwarves in search of giant spiders, savage wolves, and other dangers. Bilbo quickly tires of the quest for adventure and longs for the security of his familiar home. But before he can return to his life of comfort, he must face the greatest threat of all-a treasure-troving dragon named Smaug. In his fantasy classic, master storyteller J.R.R. Tolkien creates a bewitching world filled with delightful creatures and thrilling dangers.

John Ronald Reuel Tolkien was born on January 3, 1892. His mother died when he was twelve, and he and his brother became wards of the local priest. When a professor at Oxford, he wrote stories for his children telling them the story of "The Hobbit." When his publisher asked for a sequel to "The Hobbit," he wrote "Lord of the Rings," which took twelve years to complete. He died in September 1973.
Loading...
or support indie stores by buying on