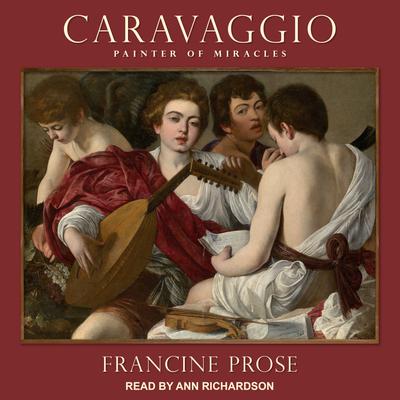 Francine Prose's life of Caravaggio evokes the genius of this great artist through a brilliant reading of his paintings. Caravaggio defied the aesthetic conventions of his time; his use of ordinary people, realistically portrayed—street boys, prostitutes, the poor, the aged—was a profound and revolutionary innovation that left its mark on generations of artists. His insistence on painting from nature, on rendering the emotional truth of experience, whether religious or secular, makes him an artist who speaks across the centuries to our own time.

Born in 1571 near Milan, Michelangelo Merisi (da Caravaggio) moved to Rome when he was twenty-one years old. He became a brilliant and successful artist, protected by the influential Cardinal del Monte and other patrons. But he was also a man of the streets who couldn't seem to free himself from its brawls and vendettas. In 1606 he fled Rome, apparently after killing another man in a dispute. He spent his last years in exile, in Naples, Malta, and Sicily, at once celebrated for his art and tormented by his enemies. Through it all, he produced masterpieces of astonishing complexity and power. Eventually he received a pardon from the Pope, only to die, in mysterious circumstances, on the way back to Rome in 1610.

Ann Richardson is an award-winning narrator. With a background of drama and music prevalent in her Midwestern upbringing, she delights in narrating fiction and portraying characters with a variety of accents, including Scandinavian and Southern U.S. Being of Swedish heritage is an important facet of Ann's life, as her father was a Swedish immigrant, and she travels to Sweden every few years to spend time with family and brush up on speaking the language. In her spare time Ann is a volunteer narrator for Learning Ally (formerly Recording for the Blind & Dyslexic), and also enjoys sculpting, painting, long-distance running, and hanging out with her family in Northern California.