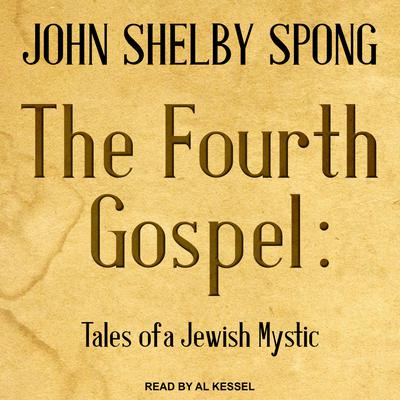 Tales of a Jewish Mystic

John Shelby Spong, bestselling author and popular proponent of a modern, scholarly, and authentic Christianity, argues that this last gospel to be written was misinterpreted by the framers of the fourth-century creeds to be a literal account of the life of Jesus when in fact it is a literary, interpretive retelling of the events in Jesus' life through the medium of fictional characters, from Nicodemus and Lazarus to the "Beloved Disciple." The Fourth Gospel was designed first to place Jesus into the context of the Jewish scriptures, then to place him into the worship patterns of the synagogue and finally to allow him to be viewed through the lens of a popular form of first-century Jewish mysticism.

The result of this intriguing study is not only to recapture the original message of this gospel, but also to provide us today with a radical new dimension to the claim that in the humanity of Jesus the reality of God has been met and engaged.

Al Kessel is a full-time narrator and voice actor currently living in Arizona, where he works from his professional home recording studio. For Al, performing is passion. Audiobook narration was the logical career choice for him since, for as long as he can remember, he's been a voracious reader, acting all the characters out in his head, and often entertaining his family with his dramatic reenactments of books, movies, and television. Al prides himself on the ability to bring any character to life with his voice, a voice often described as "smooth as melted butter," or "like an old friend you just love hearing tell you about their day." He has recorded numerous audiobooks from just about every genre. When not bringing stories to life, he loves hiking in the desert with his wife and puppy, visiting Disneyland and, when time permits, reenergizing on the beach.