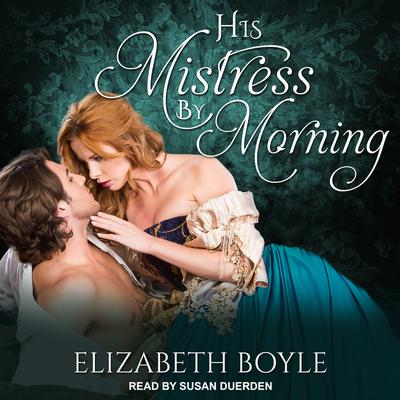 His Mistress By Morning (Digital Audiobook)

When a promised inheritance turns out to be a fraud, shy spinster Charlotte Wilmont makes an impetuous wish that despite her lack of charm and fortune, she could capture the heart of the one man whom she's forever adored—Sebastian, Viscount Trent.

With that utterance, Charlotte awakens shocked to find herself entwined with her beloved Sebastian. But the respectable man she knew is now a most rakish devil and she is . . . well, by some inexplicable magic, London's most infamous mistress.

Being the scandalous Lottie Townsend affords Charlotte unimaginable freedom—passionate nights with Sebastian, endless days of shopping, and adoring fans. But all too soon, Charlotte finds that being one man's mistress isn't the same as being his wife. Yet if she returns to her old, respectable life, can Charlotte trust there will be enough magic left to recapture Sebastian's heart . . . and reawaken his rakish desires?