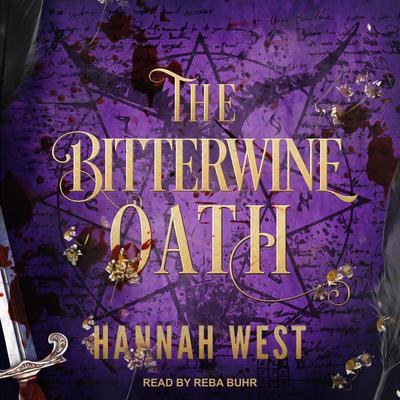 Every fifty years, a cult claims twelve men to murder in a small Texas town. Can one girl end the cycle of violence—and save the boy who broke her heart?

Eighteen-year-old Natalie Colter is sure that the rumors about her great-great-grandmother's cult of wronged women are just gossip, but that doesn't stop the true-crime writers and dark tourism bloggers from capitalizing on the town's reputation. It's an urban legend that's hard to ignore, and it gets harder when Nat learns that the sisterhood is real. And magical. And they want her to join.

The more Nat learns of the Wardens' supernatural history, the more she wonders about the real culprits behind the town's ritualistic murders. Are the Wardens protecting San Solano from even darker forces? There are shadows in the woods, bones on the outskirts of town, and questions Nat needs answered.

But everything becomes more urgent when people start getting "marked" as new victims—including Levi Langford, the boy whose kiss haunted Nat for a year. With Levi in danger, doing nothing would be harder than fighting back.

Nat knows that no one is safe. Can she and the sisterhood stop the true evil from claiming their town?

Reba Buhr grew up in the Pacific Northwest and now lives in Los Angeles, working in theater, film, and television. She has degrees from Occidental College in theater and classical voice. Reba began recording audiobooks in 2012 and has turned her love for performance into a passion for narrating characters that jump off the page.
Reba is an accomplished voice actor and has lent her voice to many commercials, video games, and animated projects, including Popples and Knights of Sidonia for Netflix, Toonami's Hunter x Hunter, and Zagtoon's Zak Storm.
Her theater credits include Stage Door (Terry Randall), The Count of Monte Cristo (Mercedes), Boeing Boeing, You're a Good Man, Charlie Brown (Sally), Kiss Me Kate (Bianca), Les Miserables (Cosette), and Princess Jasmine in Aladdin!: A Musical Spectacular at the Disneyland Resort.