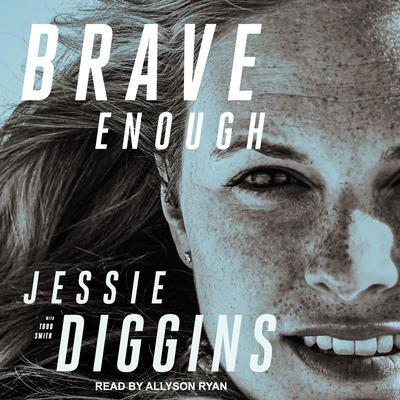 Pyeongchang, February 21, 2018. In the nerve-racking final seconds of the women's team sprint freestyle race, Jessie Diggins dug deep. Blowing past two of the best sprinters in the world, she stretched her ski boot across the finish line and lunged straight into Olympic immortality: the first ever cross-country skiing gold medal for the United States at the Winter Games. The twenty-six-year-old Diggins, a four-time World Championship medalist, was literally a world away from the small town of Afton, Minnesota, where she first strapped on skis. Yet, for all her history-making achievements, she had never strayed far from the scrappy twelve-year-old who had insisted on portaging her own canoe through the wilderness.

In Brave Enough, Jessie Diggins reveals the true story of her journey from the American Midwest into sports history. With candid charm and characteristic grit, she connects the dots from her free-spirited upbringing in the woods of Minnesota to racing in the bright spotlights of the Olympics. Going far beyond stories of races and ribbons, she describes the challenges and frustrations of becoming a serious athlete. She also openly shares her harrowing struggle with bulimia, recounting both the adversity and how she healed from it in order to bring hope and understanding to others experiencing eating disorders.

Todd Smith is the author of Hockey Strong. His sportswriting has appeared in Minnesota Hockey and USA Hockey, and he has been a commentator on Minnesota Public Radio's 89.3 The Current and WCCO Radio.