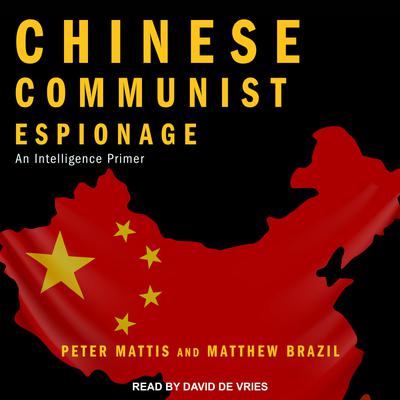 This is the first book of its kind to employ hundreds of Chinese sources to explain the history and current state of Chinese Communist intelligence operations. It profiles the leaders, top spies, and important operations in the history of China's espionage organs, and links to an extensive online glossary of Chinese language intelligence and security terms. Peter Mattis and Matthew Brazil present an unprecedented look into the murky world of Chinese espionage both past and present, enabling a better understanding of how pervasive and important its influence is, both in China and abroad.

David de Vries can be seen in a number of feature films, including The Founder, The Accountant, Captain America: Civil War, and Billy Lynn's Long Halftime Walk. On television, his credits include House of Cards, Nashville, Halt and Catch Fire, the National Geographic film Killing Reagan, and The Immortal Life of Henrietta Lacks for HBO. As a veteran stage actor, David appeared as Lumiere in Disney's Beauty and the Beast on Broadway, as Dr. Dillamond in the Los Angeles and Chicago companies of Wicked, and in hundreds of shows in regional theaters throughout the country. He is an Audie and Odyssey Award-winning narrator for his performance in Pam Munoz Ryan's Echo and has voiced over 100 titles in every genre, including his Audie Award-nominated performance of the 2011 Caldecott winner A Sick Day for Amos McGee.