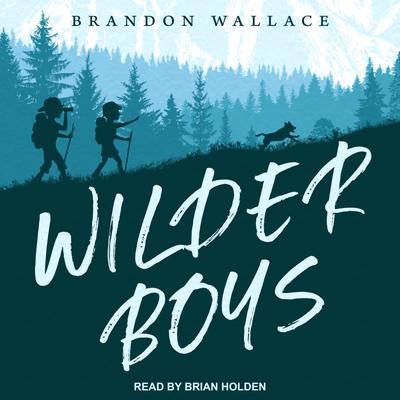 Jake and Taylor Wilder have been taking care of themselves for a long time. Their father abandoned the family years ago, and their mother is too busy working and running interference between the boys and her boyfriend, Bull, to spend a lot of time with them. Thirteen-year-old Jake spends most of his time reading. He pores over his father's journal, which is full of wilderness facts and survival tips. Eleven-year-old Taylor likes to be outside playing with their dog, Cody, or joking around with the other kids in the neighborhood.

It's a long journey from the suburbs of Pittsburgh to the wilderness of Wyoming; can the Wilder Boys find their father before Bull catches up with them?

Brandon Wallace is the author of Wilder Boys and Wilder Boys: The Journey Home. Trekking solo across the remotest corners of Wyoming and Montana as a young man, Brandon learned how to survive the hard way in the harshest conditions nature could throw at him. Having spent the subsequent two decades as a trail leader, passing on his knowledge to a generation of budding adventurers, he turned his hand to fictionalizing his experiences, and the Wilder Boys series was born.