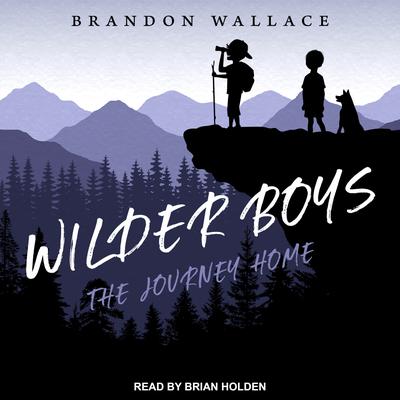 Just as the boys are getting used to their father's lifestyle—and his "my way is the only way" attitude—they learn that their mother is still alive. But if the brothers don't give back the money they took from Bull last year, she could be taken away from them . . . for good.

Convinced that their father isn't going to help, the Wilder boys set out on their own again. It's a long way from Wyoming to Pittsburgh, and with winter approaching there will be new challenges. But they have to get back. Will the brothers be able to make it back to their mother before it's too late?

Brandon Wallace is the author of Wilder Boys and Wilder Boys: The Journey Home. Trekking solo across the remotest corners of Wyoming and Montana as a young man, Brandon learned how to survive the hard way in the harshest conditions nature could throw at him. Having spent the subsequent two decades as a trail leader, passing on his knowledge to a generation of budding adventurers, he turned his hand to fictionalizing his experiences, and the Wilder Boys series was born.