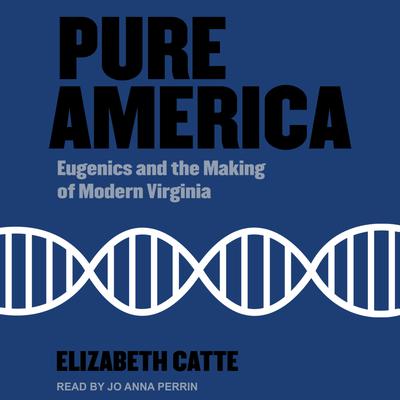 Eugenics and the Making of Modern Virginia

Between 1927 and 1979, more than 8,000 people were involuntarily sterilized in five hospitals across the state of Virginia. From this plain and terrible fact springs Elizabeth Catte's Pure America, a sweeping, unsparing history of eugenics in Virginia, and by extension the United States. Virginia's twentieth-century eugenics program was not the misguided initiative of well-meaning men of the day, writes Catte, with clarity and ferocity. It was a manifestation of white supremacy. It was a form of employment insurance. It was a means of controlling "troublesome" women and a philosophy that helped remove poor people from valuable land. It was cruel and it was wrong, and yet today sites where it was practiced like Western State Hospital, in Staunton, Virginia, are rehabilitated as luxury housing, their histories hushed up in the service of capital. As was amply evidenced by her acclaimed 2018 book What You Are Getting Wrong About Appalachia, Catte has no room for excuses; no patience for equivocation. What does it mean for modern America, she asks here, that such buildings are given the second chance that 8,000 citizens never got? And what possible interventions can be made now, repair their damage?