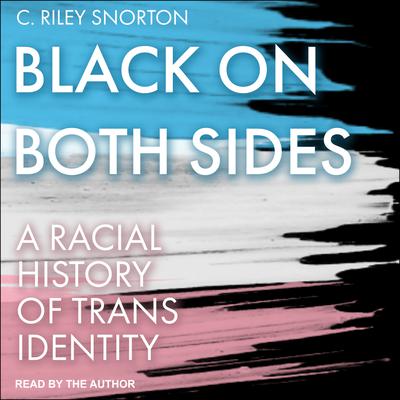 Black on Both Sides (Digital Audiobook)

A Racial History of Trans Identity

The story of Christine Jorgensen, America's first prominent transsexual, narrated trans embodiment in the postwar era. Her celebrity, however, has obscured other mid-century trans narratives. Their erasure from trans history masks the ways race has figured prominently in the construction and representation of transgender subjects. In Black on Both Sides, C. Riley Snorton identifies multiple intersections between blackness and transness from the mid-nineteenth century to present-day anti-black and anti-trans legislation and violence.

Drawing on a varied archive of materials, Snorton attends to how slavery and the production of racialized gender provided the foundations for an understanding of gender as mutable. In tracing the genealogies of blackness and transness, Snorton follows multiple trajectories, from the medical experiments conducted on enslaved black women to the negation of blackness.

Revealing instances of personal sovereignty among blacks in the antebellum North that were mapped in terms of "cross dressing" and black literary works that express black men's access to the "female within," Black on Both Sides concludes with a reading of the fate of Phillip DeVine, who was murdered alongside Brandon Teena in 1993. Reconstructing these trajectories furthers our capacities to conceive more livable black and trans worlds.