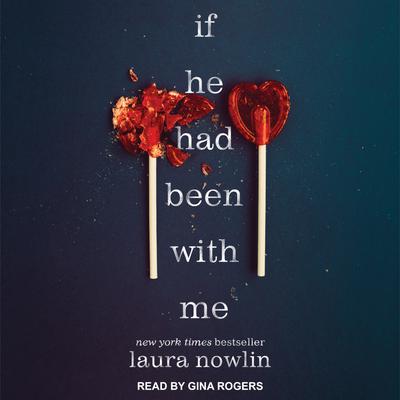 If He Had Been with Me (Digital Audiobook)

An achingly authentic and raw portrait of love, regret, and the life-altering impact of the relationships we hold closest to us, this YA bestseller is perfect for fans of Kasie West, All the Bright Places, and Dear Evan Hansen.

If he had been with me, everything would have been different . . .

Autumn and Finn used to be inseparable. But then something changed. Or they changed. Now, they do their best to ignore each other.

Autumn has her boyfriend, Jamie, and her close-knit group of friends. And Finn has become that boy at school, the one everyone wants to be around.

That still doesn't stop the way Autumn feels every time she and Finn cross paths, and the growing, nagging thought that maybe things could have been different. Maybe they should be together.

But come August, things will change forever. And as time passes, Autumn will be forced to confront how else life might have been different if they had never parted ways . . .

Gina Rogers was asked to narrate her first audiobook in 2014 after an author overheard her imitating her Bronx-raised mother at a dinner party. While Gina swears her background in musical theater and television acting has in no way prepared her to speak in accents and dialects, her ability to breathe life into characters has taken her a long way in her career as an audiobook narrator. Outside of narration she teaches Zumba® fitness classes and enjoys spending time with family and volunteering at local animal shelters.