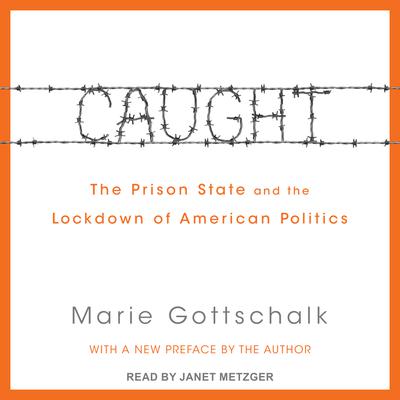 The huge prison buildup of the past four decades has few defenders, yet reforms to reduce the numbers of those incarcerated have been remarkably modest. Meanwhile, an ever-widening carceral state has sprouted in the shadows, extending its reach far beyond the prison gate. It sunders families and communities and reworks conceptions of democracy, rights, and citizenship—posing a formidable political and social challenge. In Caught, Marie Gottschalk examines why the carceral state remains so tenacious in the United States. She analyzes the shortcomings of the two dominant penal reform strategies—one focused on addressing racial disparities, the other on seeking bipartisan, race-neutral solutions centered on reentry, justice reinvestment, and reducing recidivism.

With a new preface evaluating the effectiveness of recent proposals to reform mass incarceration, Caught offers a bracing appraisal of the politics of penal reform.

Bringing the experience of nearly four decades of theater, film, and television acting to audiobook narration, AudioFile Earphones Award winner Janet Metzger has deftly interpreted the many-faceted characters of Southern fiction writers such as Sarah Addison Allen, Patti Callahan Henry, and Kristy Woodson Harvey. As an award-winning documentary narrator and a master teacher at Emory University School of Law, where she teaches storytelling and persuasion, Janet brings both warmth and authority to nonfiction as well. Whether she is narrating a Southern romance, a heroine's journey, or an innovative take on business, Janet's warm and inviting voice will draw you into the story.