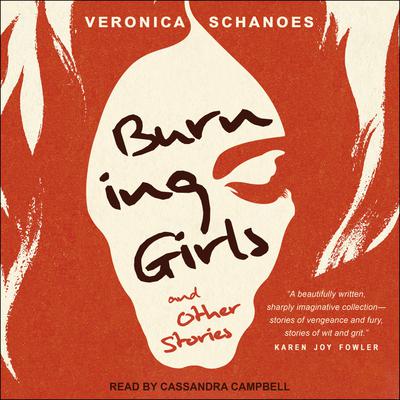 When we came to America, we brought anger and socialism and hunger. We also brought our demons.

In Burning Girls and Other Stories, Veronica Schanoes crosses borders and genres with stories of fierce women at the margins of society burning their way toward the center. This debut collection introduces readers to a fantasist in the vein of Karen Russell and Kelly Link, with a voice all her own.

Emma Goldman—yes, that Emma Goldman—takes tea with the Baba Yaga and truths unfold inside of exquisitely crafted lies. In "Among the Thorns," a young woman in seventeenth century Germany is intent on avenging the brutal murder of her peddler father, but discovers that vengeance may consume all that it touches. In the showstopping, awards finalist title story, "Burning Girls," Schanoes invests the immigrant narrative with a fearsome fairytale quality that tells a story about America we may not want—but need—to hear.

Dreamy, dangerous, and precise, with the weight of the very oldest tales we tell, Burning Girls and Other Stories introduces a writer pushing the boundaries of both fantasy and contemporary fiction.