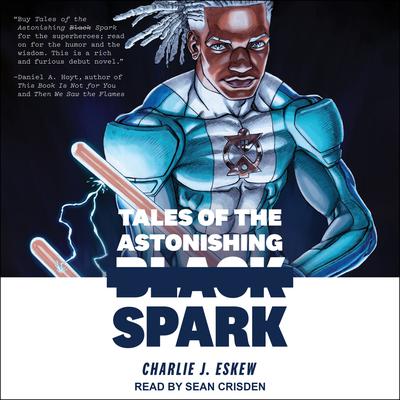 Trapped in a dead-end job in his Ohio hometown, watching the girl of his dreams move on to a glamorous new life in a big city—Donald McDougal's aimlessness has held him back for a long time. When a lightning strike grants him superhuman powers, he jumps at his chance to finally be somebody. But the new abilities and the pursuit of superheroic fame come with a price tag, and it may not be one he can afford.

This wry debut is at once a fanboy's homage to the history of superhero storytelling in America and a keen-eyed satire of those same stories, raising questions about race and privilege that are becoming impossible to ignore.