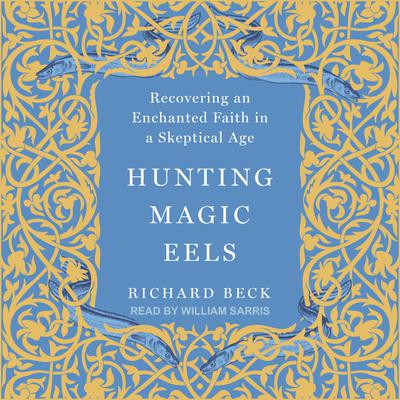 Recovering an Enchanted Faith in a Skeptical Age

We live in a secular age, a world dominated by science and technology. Increasing numbers of us don't believe in God anymore. We don't expect miracles. We've grown up and left those fairytales behind, culturally and personally.

Yet five hundred years ago the world was very much enchanted. It was a world where God existed and the devil was real. It was a world full of angels and demons. It was a world of holy wells and magical eels. But since the Protestant Reformation and the beginning of the Enlightenment, the world, in the West at least, has become increasingly disenchanted.

While this might be taken as evidence of a crisis of belief, Richard Beck argues it's actually a crisis of attention. God hasn't gone anywhere, but we've lost our capacity to see God.

The rising tide of disenchantment has profoundly changed our religious imaginations and led to a loss of the holy expectation that we can be interrupted by the sacred and divine. But it doesn't have to be this way. With attention and an intentional and cultivated capacity to experience God as a living, vital presence in our lives, Hunting Magic Eels shows us we can cultivate an enchanted faith in a skeptical age.

William Sarris is an accomplished voice actor and narrator. In addition to narrating audiobooks, he has been the voice for radio and TV commercials, e-learning, medical training, online videos, and non-broadcast media. He has done work for Fortune 500 companies like GE, Pfizer, and Unilever as well as consumer brands like Marvin Windows and Doors, Energizer, Pepsi, and Subway. He is based in Connecticut.