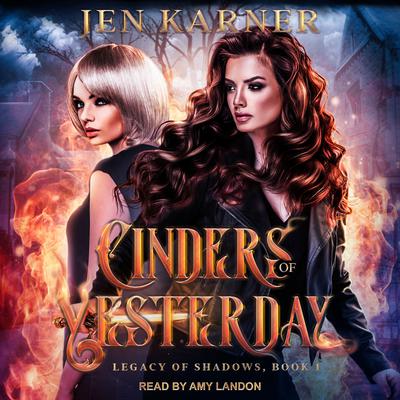 Paranormal Hunter Dani Black wants nothing more ardently than she does revenge. A year ago, the rogue Necromancer Spectre murdered her partner during a hunt gone wrong, and she's been looking for a way to kill him—and keep him dead—ever since. When rumors of a weapon capable of killing anything surfaces in Dawson, Maryland, she sets out on a mission to get her hands on it. While unraveling a web of clues about her own past, Dani runs into the alluring Emilie Lockgrove, eldest daughter of a magical family who are inexplicably tied to Spectre.

Emilie Lockgrove survived the catastrophic fire that killed her mother and hospitalized both her and her sister. Ten years later, she has returned to Dawson, expecting to confront the trauma of her past and move on. Instead, she discovers magic is real and encounters actual ghosts, namely the necromancer who has been hunting her family for 200 years.

Dani intends to kill Spectre, or die trying. Emilie wants to reclaim her life and her memories of the magic protecting her from Spectre. To survive, they'll need to work together to confront their past, break the spell holding back Emilie's magic, and destroy Spectre once and for all.